11) Grouper, “Cloud in Places” The Man Who Died in His Boat (Kranky)

20) Parashi, “Salt Diggers” The Book of Nothing (Cave Recordings)

22) Damian Valles, “The Malpais After Dark” Badlands (Some How Recordings)

25) Dirty Beaches, “Landscapes in the Distance” Drifters/Love is the Devil (Zoo Music)

‘Vol I: Winter 2013’ is the first compilation to be released by The Upstate Soundscape radio show/blog. It features experimental artists at work exclusively in Upstate NY/Southern Ontario region. The compilation features a mix of previously recorded material, including live recordings, with material that was recorded especially for the comp.

Look for the next comp to come out in the Spring. Artists interested in submitting a track in consideration for future comps should get in touch. And thank you to the artists for contributing their work to this comp.

Damian Valles is head of Komino Records, operating out of Toronto. He is also an artist that has released a number of well-received albums, including this year’s Non-Parallel (In Four Movements). Below are some records that he enjoyed from the past year.

Even though I had an exceptionally difficult time compiling my list this year, my number one choice was very easy to decide. Eli Keszler’s double CD is, simply put, a ferocious monster of an album and a genuine masterpiece in my books. It includes the 2011 release, Cold Pin, which is, in itself, amazing and would have made it onto my 2011 list, but I didn’t get an ear on it until this year. However, it’s the additional pieces – the ensemble renditions and installations –  that really put this release above and beyond. Experimental, arty, precise, unpredictable, refreshingly unique. It’s pretty much a perfect score.

The first thing that struck me about this recording was the production. A lot of times music of an experimental nature tends to be this wash of layered sounds (not that that is a bad thing most of the time) that blend and build to create what people refer to as drone or ambient or whatever you want to call it. On Feel Free, it is clear that Pitre really takes time placing each sound so they inhabit their own space, but still work to create a meditative blend of sound. It works very well and lets the listener almost pick and choose what they want to focus their attention on. Also, the whole album is basically one long piece broken into sections. 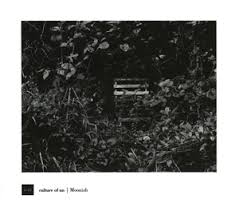 Pianist Chris Abrahams has the “touch.” His other gig, The Necks, is consistently great. Here, he is paired with guitar player, David Brown. Together they have created an album full of unpredictable twists and turns and they both seem to play off of each other very well. Abstract and free, this is a solid as it gets.

Ok, so these are two separate releases, but I decided to compile them into one entity since they are relatively shorter than most albums and both came out this year. I’ve always been a fan of “beat” oriented music, but for some reason, most of the time I am not very blown away by a particular album as a whole. With these two releases, Emptyset really seemed to nail it. Heavy and direct beats, pummeling bass tones, the right amount of distortion, cavernous space enveloped in total darkness. Great stuff.

The best configuration of the Chicago Underground by a mile, Chad Taylor and Rob Mazurek consistently release amazing records as the Duo. Age of Energy is no exception, it actually may be my favourite release by the two of them so far. Both of them are masters of their crafts creating, more often than not, jaw dropping movements fusing insane rhythms, messy skronks and fat synth lines. Just listen to the digital only track, “Moon Debris.” Enough said.

Converge, All We Love We Leave Behind (Epitaph)

Ok, now for something completely different. First off, I am sucker for great heavy music and have been a long-time Converge fan. This album is an absolute barn burner. From start to finish, it is just fucking crazy. All the best parts of metal, hardcore, d-beat, sludge and punk all rolled into one. No holds barred. It’s definitely not for everyone, but they are, in my opinion, the best in their field. Not the mention, the drummer is a machine.

Mike Vaino is on fire these days. Last year he released a great album on Editions Mego. He also was part of an amazing collaboration put out by Pan earlier this year. His newest for Touch records doesn’t show any signs that he’s running out of steam. This album builds on the darkness that possessed his last record, but is clearly more focused on presenting a certain theme. There are no drum machines to propel the blistering bass distortions, just calculated peaks and valleys that bring out tension.

How much more can be said about the Swans really? Michael Gira has created something reaching epic proportions here. This really feels like the ultimate culmination of all the previous Swans material fused with the best moments of his Angels of Light project. I think this music is in a category all on it’s own and nobody comes close to doing it with the same intensity.

This is my favourite KTL lp so far. It also has one of my favourite album covers of the year. The Editions Mego site claims it’s O’Mally and Rehberg’s “most sophisticated release to date,” and I can only agree. It definitely sounds like they took their time creating these pieces and paid close attention to detail. A rewarding listen indeed.

I listen to quite a bit of hip hop and am really taken with the production side of things more than great MC’ing. EL-P is a really solid producer, his work on this year’s Killer Mike album is phenomenal but the production on his own Cancer 4 Cure is exceptional. Tracks like, “The Full Retard” and “Drones Over Brklyn” really stand out among the sea of the generic production that is often found in the genre.

[2012 in Review: Needles Numark, host of the Upstate Soundscape]

By upstatesoundscape
Needles is the host The Upstate Soundscape radio show. Here are 10 releases that he dug from 2012.
Sax Tape, S/T
This insane 60-minute romp came from Guelph’s Bry Webb. An unbelievable collage of looped beats, sonic twirls, and honking saxes. Funky, twisted, and psychedelic, this one hit all the right notes for me.
Alfred Brown, Music for Moving in Slow Motion (Asthmatic Kitty)
Probably one of the most graceful records of 2012. It could easily serve as the score for one of Terrence Malick’s majestic films.
Cinnamon Aluminum, We Ate the Wrong Crab Spirit (Level 4 Activated)
This Buffalo trio (now a four piece) perfectly straddles the line between experimental and pop. The songs on this album are as catchy as they are whacked out.
Venn Rain, Bioharmonics (House of Alchemy)
It’s hard to put my finger on what exactly I like about this cassette, but I just found it totally compelling. Four very simple recordings, all of which are mesmerizing.
M. Mucci, Days Blur Together
60 minutes of true drone bliss from Guelph-based M. Mucci. One of the most patient and refined pieces I have ever heard. Very few pieces present listeners with this type of challenge and subsequent reward for committing to it. Basinski-esque.
Phillips-Borden, System Vandross
A really discombobulating listen. Following the intersection of Borden’s crazed cello and Phillips’s turntable manipulation is like trying to walk on shifting ground in the dark.
Tony Conrad and HangedUp, Transit of Venus (Constellation)
Such a simple formula. Big sloppy drums combined with thick vibrating drones. The result is what I always imagined the Theater of Eternal Music would have sounded like. Great for both sitting in a chair and zoning out to or flailing around the room and breaking shit.
Damian Valles, Non-Parallel (in Four Movements) (Experimedia)
I am a sucker for any sample-based drone. Valles’s re-use of classical avant-garde sounds from the Nonesuch label is a fantastic example of the possible directions sample-based sounds might go in the future (even if they don’t sound at like sample-based works).
Thoughts on Air, Random Tandem (Old Frontiers)
I had the pleasure of hanging out with Scott Johnson (ToA) one night in Hamilton this past summer. We traded some tapes, and this was one he gave me. The art work immediately blew me away but it wasn’t until driving home the next day hung over with the window’s down and music blasting that I actually heard this amazing double cassette. The graceful tones poured out my windows down the QEW. Then I got stuck in traffic on top of the Rainbow bridge in 90 degree heat with no air conditioning. A faint mist from the falls blew over me ever so often. I just sat there listening in a sweat induced trance. This tape will always run through my mind whenever I cross that bridge.
Loud and Sad, Fales Intimacy (cae-sur-a)
At times, there is so little going on in this cassette, which is what I love about it. You can really only absorb this by listening with all your might.

So much good stuff to get to tonight on The Upstate Soundscape. We’ll hear a trio of new tracks from Canadian artists Magic Shadow (Hamilton), M. Mucci (Guelph), and Kyle Bobby Dunn (Ontario).

Some other great new sounds to get to as well from the likes of Damian Valles and High Aura’d, plus we’ll hear a selection from the just released (and totally sick) Lost Tapes Box Set by Can. As usual there will plenty of other surprises in store. The weirdness will hit your airwaves starting at 9pm on 91.3FM WBNY. Stream at WBNY.org.