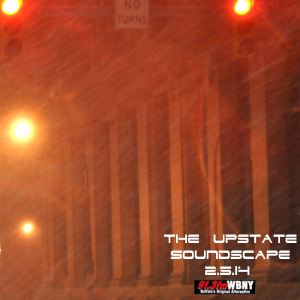 Tonight on The Upstate Soundscape, Buffalo’s new music collective Wooden Cities returns to the program to serve as uest hosts. Several members of the group will be on hand to talk about the music they’ve been  working on together and individually, while previewing their upcoming show at The Vault this Friday.

Full disclosure: I am a sucker for solo-instrumentalist avant-garde pieces. I’ve found that immersing myself in these type of performances allows me to slip out of objective reality to the point where I could go and, say, listen to Torture Garden on repeat for a full day (true story). While I appreciate any music that pushes boundaries, solo performances where artists manage to channel deep emotion through an instrument that they have personally mastered just seem to make a deeper connection with me as a listener. Cellist TJ Borden’s album Poor Form and Extenuating Circumstances is one of those types of performances.

With this album, Borden, who is a Rochester native, exhibits a unique style, both in composition and performance. Even if you’re unschooled in the cello you can tell very quickly that Borden is inventing new and unconventional ways to play this instrument. In other words, you’ve never heard a cello played like this and that’s because you’ve probably never heard a player like this that is clearly classically trained but also just as comfortable in the anything-goes realm of noise.  Thus, you’ll see Borden play both with New Music outfits like Wooden Cities and also in noisier collaborations like the Freeman-Cain-Borden trio.

The 14 tracks here, which are titled simply by their number, display a darker tone due in part to Borden’s enigmatic and often furious performance which often devolves into sonic chaos. The album offers many exceptional moments that are incredibly intricate and will astound the astute listener, such as “2” and “13.” Musically and technically speaking, Borden’s execution is top-notch and fascinating to listen to. Such a wide range of style and emotion are on display, making the album wholly unpredictable. At times the playing seems to recall a solo Eyvind Kang, both in sound and construction of the songs.

The sound of Borden’s cello is also of note; it isn’t the crisp, clean electric cello sound that most ears are familiar with. Borden’s cello is very raw and full of body, which adds to the setting of the album’s mood. The sonic presence that this album exudes is so much larger than one would expect from a solo performance that, by the end, one can’t help but wish to see Borden perform in a live intimate setting. 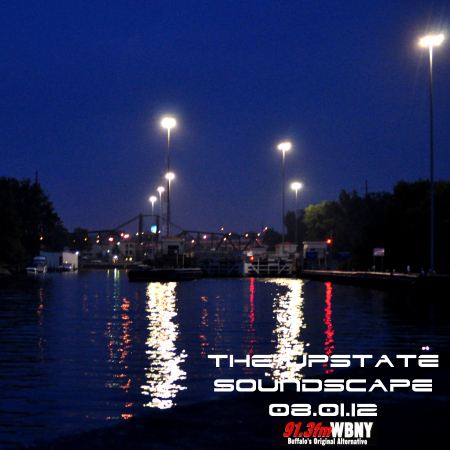 A page from Will Redman’s graphic composition ‘The Book’

The Infringement Festival insanity continues tonight on The Upstate Soundscape when Wooden Cities stops by to give us a live in-studio performance.  The ensemble that brought us the memorable performance of John Zorn’s Corbra earlier this year at Hallwalls will perform from the graphic composition Book by University at Buffalo alumni Will Redman.

Book is a is a “collection of 98 graphic compositions.  Each is rendered in black ink on a sheet of white 8.5×11 inch paper.  The compositions represent extensions and extrapolations of conventional music notation.  Book is available for interpretation (however radical) by any performer(s) in any place at any time in any part for any duration.” See the video below for a taste of what Book is all about.